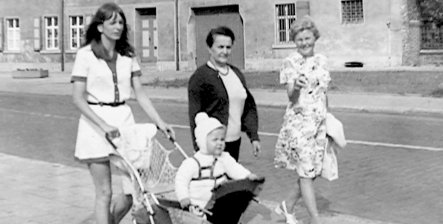 “Many elderly women are arriving by bus and train to take part,” founder of The Association for Women Divorced in the GDR, Ute Lauterbach, told The Local on Wednesday.

Lauterbach organized the event in order to draw attention to the hardships she said eastern German women have suffered by the loss of their divorce benefits, which should have been provided for when the government passed a law on December 31, 1991 to take on the social security benefits of the GDR. But divorce benefits – which provide the lower-income spouse with a welfare pension – were left out of law, Lauterbach said.

The 68-year-old retired kindergarten director is just one of some 800,000 divorced women from East Germany who have dealt with financial hardship without what they consider their rightful benefits.

“Some women don’t even have enough money to go to a movie,” Lauterbach said. “These are women who devoted themselves to a state-enforced family life, and perhaps didn’t get a good enough education because of this, and now they are struggling to make ends meet.”

Lauterbach founded the association in 1992 when she realized there were many women who had been fighting for their benefits alone. She estimates that there are currently about 500,000 women who should be claiming such divorce benefits. The rest of this aging population has already died, she said, adding that the German government seems to be banking on a “biological solution” to the problem as more of these women pass away.

It will be difficult for many of these elderly women to travel to Leipzig for the rally, Lauterbach said, adding that it’s not just health problems that may keep them away.

“Divorce was shock enough for them, but now we ask them to stand in public some 20 years later and say, ‘yes, he married the secretary,’ and that’s uncomfortable,” she said.

The women’s association has invited politicians and state premiers to the demonstration, but Lauterbach doubts they will show. Over the years she has approached “important decision makers in every sector,” only to be repeatedly dismissed.

Two class action suits from the association have already been denied by the German court system, and now a third lies stalled somewhere in the legal system, but the women intend to take their case all the way to the highest federal courts if necessary.

“We hope that somewhere, somehow our rights are recognized,” Lauterbach told The Local. “Even if we have to take it to the European Union human rights court.”