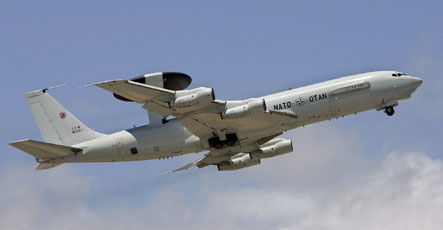 According to the Thursday edition of the daily Berliner Zeitung, the Inspector General of the Bundeswehr, Wolfgang Schneiderhan, told a parliamentary defence committee that the planes could be used to coordinate the sorties of combat missions, as well as provide general surveillance of the country’s air space.

“That would automatically bring us a lot closer to the air strikes,” the Green party defence expert Winfried Nachtwei told the paper.

German military policy dictates that flights for the US-led military mission Operation Enduring Freedom should only be aided “in an emergency.” But Nachtwei said emergency operations are frequent in Afghanistan.

But the defence policy expert of the Social Democrats still demanded parliamentary support for sending the AWACs to support NATO allies in Afghanistan. “The Germans have also needed such air support. It’s not any more ethical when we ask for such help than when the Americans do,” he said.