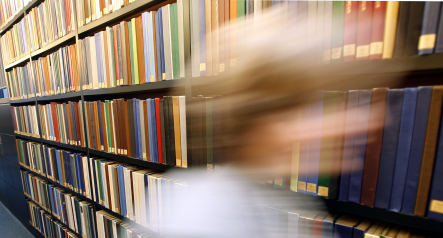 It’s well known that Berlin is town that likes its books, but fewer people are aware the German capital has been home to its very own literary festival for the past eight years. The annual event has quickly grown in importance and has carved out its own particular niche in the book world.

“Our festival is the most international out of any festival in the world,” says founder and director Ulrich Schreiber. “And we also are the biggest literary festival for children.”

A quick glance at the programme certainly suggests both these points are true. A large number of events starting on Wednesday at the Haus der Berliner Festspiele seem to begin at times in the morning in which most writers have not yet gone to bed. And more than fifty different nationalities appear to be represented, among the one hundred plus authors set to appear in Berlin over the next fortnight.

Two of those nationalities – Thailand and the USA – are held by Rattawut Lapcharoensap, a young short story writer currently based in Berlin on a DAAD cultural exchange fellowship. “Last year was the year where it meant I had spent half of life in each country,” says the chain-smoking, chess-playing 29-year-old, who readily agrees that he occupies an uncertain position between Thailand and America.

“The language I write in is English, and my work isn’t published in Thai, and so I have a pretty distant relationship to the literary culture there. At the same time, all of my relatives still live in Thailand, and many of them can’t even read English.”

Lapcharoensap’s appearance at this year’s festival – where he’ll be reading an extract from his novel in progress, as well as taking part in a panel discussion on young writers abroad – marks his second appearance in Berlin. “I attended the festival for the first time in 2006 just after my book came out,” he says. “I was pretty new to literary festivals then, and the Berlin one was the largest I’d been to. I loved it, I guess, though these literary junkets can sometimes be pretty strange.”

Asked as to whom he is particularly looking forward to seeing at this year’s edition Lapcharoensap names the British/Nigerian poet and novelist Helon Habila “and my friend Dinan Mengestu.”

Festival organizer Schreiber, meanwhile, says he is most looking forward to meeting some of the authors invited for this year’s special focus on Africa. “Last year, in April I was in Burkina Faso,” he says. “And I started to think about African literature, which has become much more internationally prominent. In the last 22 years, there have been four noble prize winners from Africa. Before that, there were none.”

Schreiber sees the enduring value of literature in teaching how “it is possible to learn how other people think and feel and live.” The large number of unpaid young volunteers who compose much of the festival’s labour force appears to support that this ideal is widely shared. But the success of the festival is also a testament to two other literary virtues: drive and ambition.

“Ten years ago, I went to see to the Poetenfest in Erlangen,” says Schreiber. “And I thought to myself: ‘Why isn’t there anything like that in Berlin?’”

He explains that for the next two years after that it was a fight for money. And then when it got off the ground in August 2001, the first festival drew only 6,000 visitors. But the next year 14,000 people showed up.

“And then three years ago we became part of the Festspiele, and received federal funding for the first time. Last year, 34,000 visitors came,” Schreiber says.

If you care to add yourself to that total this year, The Local has a few picks.

Monday September 29, 6:00 pm at Haus der Berliner Festspiele. “People see Lagos as a dangerous place. Almost as if it were a living thing, a beast that devours you.” With superstar architect Rem Koolhaas’ long-awaited book about Lagos delayed once again, Nigerian author Helon Habila’s discussion of his home city with Bauhaus researcher and urbanist Omar Akbar is probably the next best thing.

Thursday October 2, 8:00 pm at Ballhaus Ost Berlin writer and founder of the international SLAM!Revue Martin Jankowski and the rapper and slam poet Gauner moderate a night of slam poetry at the Ballhouse Ost, with DJ Paul America on the decks.