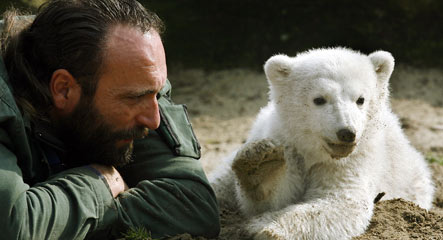 There were no signs of any foul play and so far no indications the 44-year-old committed suicide although investigations were continuing, a police spokeswoman said.

Daily newspaper Berliner Zeitung reported on Tuesday that Dörflein was found dead in his flat in the Wilmersdorf area of Berlin.

Knut shot to fame as a cub in 2007, drawing huge crowds and even appearing on the cover of glossy US magazine Vanity Fair. Now an adult, Knut is now showing disturbed behaviour, animal welfare groups say.