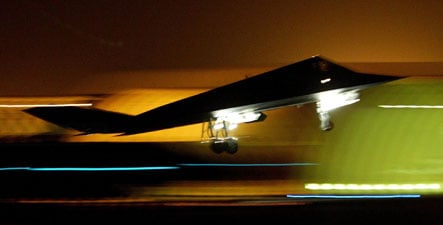 Sparking a major dust-up in a parliamentary intelligence committee, representatives from all three opposition parties said that they have evidence BND officers delivered “militarily important information” for US combat missions in Baghdad. But Chancellor Angela Merkel’s “grand coalition” government denied the accusation, with the centre-left Social Democrats (SPD) saying the two agents did not reveal any information that would have been important to “tactical-operative warfare.”

This week’s edition of Der Spiegel reported that sources within the US military told the news magazine information from Germany played a key roll in the invasion of Baghdad. But Foreign Minister Frank Walter Steinmeier – who was chief of staff at the Chancellory in 2003 and therefore responsible for the BND operations at the time – has denied the charges. Two German operatives in the basement of the French embassy in Baghdad would not be enough to “make Germany a party to war,” he said.

The claims that BND helped the US war effort would stand in stark contrast to the vocal public opposition to the invasion of Iraq by Steinmeier’s former boss, ex-Chancellor Gerhard Schröder.

Steinmeier was recently nominated as the SPD candidate to challenge Merkel for the chancellorship in elections next year. The two parties have been in an uneasy “grand coalition” since an inconclusive general election in 2005. Steinmeier’s credibility within his own party would be undermined considerably if proof of German help in Iraq emerged.