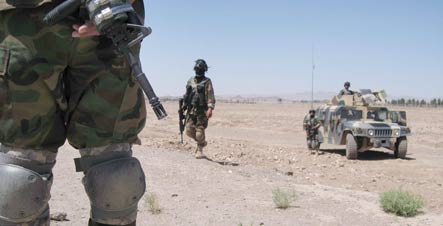 “Our soldiers are part of a stabilization mission,” Jung said on the Tuesday morning show for public broadcaster ZDF. “That means they protect, they help, and they mediate. But they also have to fight.”

Jung did not give any other details on the show, but daily Die Welt reported that the rocket did not cause any damage during the attack.

The German cabinet plans to approve an updated Afghanistan strategy on Tuesday. Jung told ZDF that the government will “significantly increase from €80 million to €140 million” the amount spent on civil projects in Afghanistan. Another €30 million could come into play for agricultural and food provisions for the country, he said.

More money will help support and win the trust of the Afhan population, “so we can finally be successful in Afghanistan,” Jung said, adding that purely military strategies would not work alone.