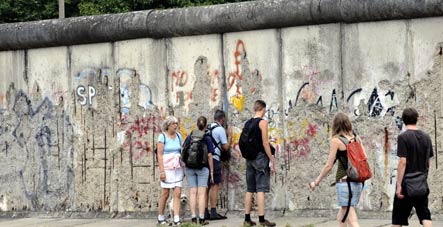 The CDU has prepared a paper to present at their December party meeting which portrays the former German Democratic Republic (GDR) as Germany’s second dictatorship, the paper reported.

The party hopes to stem the tide of surging popularity for the Left Party by arguing that by the time the Wall fell in 1989, East Germany’s economy had reached a desolate state. They have called on Gerhard Schürer, the GDR’s head of state planning, to describe the country’s inability to pay its debts, which would dropped the standard of living by 25 to 30 percent. The CDU believes the financial situation in the GDR would have made it ungovernable, saying the Left party is attempting to “trivialize” the communist state.

The paper will be finished in a week and presented in Stuttgart as a basic principle in the CDU’s campaign plan for the upcoming federal election in 2009.