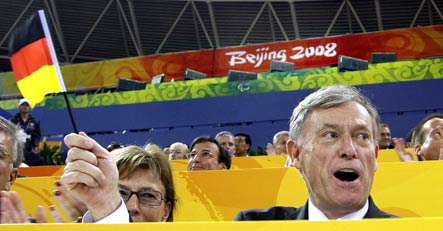 A replacement part flown in to repair the president’s Airbus, “Konrad Adenauer,” didn’t solve the problem and Köhler had to board an Air China flight to Frankfurt with his 50-head delegation after attending the games.

Köhler had met with German Special Olympians on his last day at the games.

“It’s worth it for athletes with disabilities to do more,” the German embassy in Beijing commented on the games.

Köhler, said that his support for disables athletes remained a “ongoing task.”