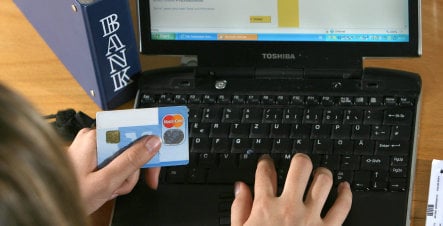 The new dangers were brought home in mid-August when a former call centre worker handed authorities a CD containing the bank details of 17,000 people that he said his employer had procured from a lottery firm.

The whistle-blower, Detlef Tiegel, boasted that he had the details of 1.5 million others, and after a series of similar revelations it became clear that what the 36-year-old had revealed was only the tip of the iceberg.

To test how easy it was to procure personal details, German officials started scouring the internet. In only a few days they managed to buy six million items of personal data – for just €850 ($1,230).

The resulting uproar prompted Interior Minister Wolfgang Schäuble to call Thursday’s crisis meeting in Berlin on how to update data-protection regulations and reassure consumers that their details were safe.

Schäuble told a news conference after the meeting that the government wanted to make it illegal for data to be passed between firms without the permission of the person concerned. In future an individual’s “express consent” would be needed to pass on information, Schäuble said.

He also said that the government would consider obliging firms whose sales staff approach consumers by phone exactly where they got their contact details from.

Schaar said however that changing the legislation was tricky as much of what currently happens was perfectly legal.

“Although many of the cases that worry us at the moment are illegal, they have legal sources of data as their basis. That means those who have supplied the data, whether they be commercial or local communes, cannot be accused of anything because they have followed the letter of the law,” he said.

“The problem is that in a new world of information technology the data are subject to new uses and risks of abuse. To do something against this means that we should consider whether these hitherto legal sources of data remain appropriate or whether new legal measures should be brought in.”

Firms are also fearful that an over-zealous tightening of regulations could hurt business and damage Germany’s competitiveness.

“The criminal activities of certain individuals should not be used as an excuse to destroy the balance between the need to protect consumers and the justified interests of the economy,” Martin Wansleben, head of the German DIHK federation of chambers of commerce, told the business daily Handelsblatt.

Schäuble said he was all too aware of these concerns and that the government would be “careful to avoid any knee-jerk reactions” and that it would strive to achieve “the right balance.”

He said he hoped to present new legislation to Chancellor Angela Merkel’s cabinet by the end of November.