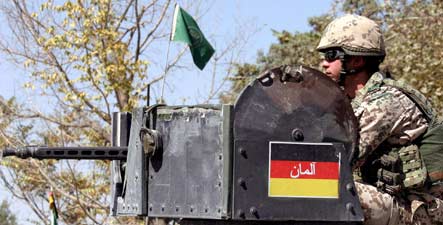 Three civilians were killed last Thursday in northern Afghanistan after German troops opened fire on two cars that failed to stop at a checkpoint.

But there are clear rules that allow only Afghan police to control vehicles and possibly open fire. Even in emergency situations, German soldiers are prohibited from shooting at fleeing suspects after an attack, the paper reported.

The National Defence Ministry has rejected the paper’s allegations. The Bundeswehr soldiers at the checkpoint were allowed to use their weapons in self defence, a spokesperson said Monday.

Violence in Afghanistan has intensified recently. Last Wednesday an IED (improvised explosive device) exploded next to an eight-vehicle German convoy patrolling the outskirts of Kunduz where the German military has its base, killing one German soldier and injuring three.

The killing came a week after 10 French soldiers died and 21 were wounded in the most lethal ground battle for international soldiers who arrived in Afghanistan in 2001 to topple the Taliban regime and root out extremists.

Most of the attacks are concentrated in southern and eastern Afghanistan, but there has also been scattered violence in the country’s north and west. Germany has some 3,500 troops stationed in northern Afghanistan as part of the NATO military alliance’s International Security Assistance Force.