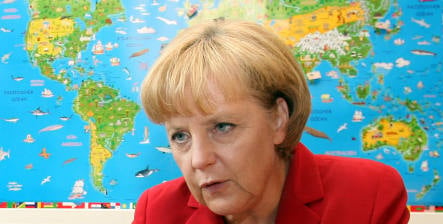 “I am worried about the decision … in the Russian Duma about (recognizing) independence for South Ossetia and Abkhazia. This would be against international law,” Merkel told reporters in Stockholm following talks with Swedish Prime Minister Fredrik Reinfeldt.

“I presume that the Russian president will not sign this resolution, because that would bring about a very difficult and critical situation in regards to Georgia’s territorial security,” she said, according to a Swedish interpretation of her comments.

She was reacting to a vote Monday by both houses of the Russian parliament approving an appeal to President Dmitry Medvedev to formally recognize the two Georgian regions as independent states. A number of other European countries also urged Moscow not to recognise their independence, insisting such a move would ratchet up tensions in the battle-scarred region.