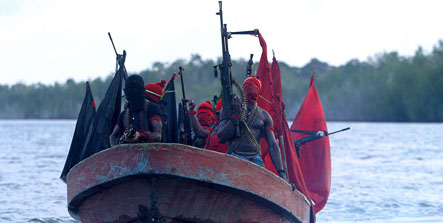 The Movement for the Emancipation of the Niger Delta (MEND) said that it had “concluded a successful rescue of the two German hostages and staff of Julius Berger PLC … from inside the heavily fortified hideout of the group that kidnapped them.”

“The hostages will be delivered tonight at a location to be arranged,” it said in a statement received via email. The two expatriate staff of Julius Berger PLC, a local unit of German construction giant Bilfinger Berger were seized last month in the restive oil-rich region by unidentified gunmen.

A spokesman for the German Foreign Ministry in Berlin said the two men were already safe. “They are in a secure place and are receiving medical attention,” he said, adding that both were doing well “under the circumstances. The government is very relieved they have been released.”

MEND had promised last month to help win the release of the pair. The group, which says it is fighting for greater control of the region’s oil wealth by local people, came into prominence in January 2006. It has carried out a series of violent attacks on the oil industry and kidnapped hundreds of local and expatriate workers in the Niger Delta.

Several foreign firms have left the Niger Delta because of the security problems. The unrest has reduced Nigeria’s oil output by a quarter, causing it to lose its position as Africa’s biggest oil producer to Angola, according to April figures from the Organization of Petroleum Exporting Countries (OPEC).