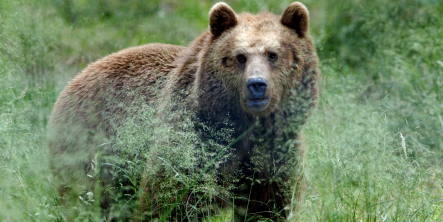 An archive picture of a brown bear. Photo: DPA

The man and his two friends were sleeping in the Becegi mountains when the brown bear slashed open their tent, probably in search of food, according to the daily tabloid newspaper Express.

The man was injured on his shoulders, back and hip as well as on the side of his head in the attack. His two friends escaped injury and managed to alert the mountain rescue team who took him to hospital.

Brown bears are known to live in the area and there were warnings to hikers and campers – but the German trio have complained that the signs were not in German.