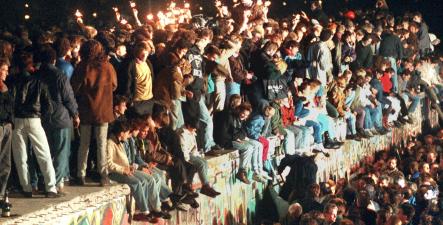 German Transport Minister Wolfgang Tiefensee, who also heads the portfolio for rebuilding eastern Germany, told conservative daily Die Welt on Tuesday that Berlin was keen to have those people behind the peaceful revolution in formerly communist half of the country take part in the events next year.

“The federal government is already planning memorials, festivals and forums for citizens,” Tiefensee said. “In Berlin, Leipzig and elsewhere we will remember October 9, the day of that peaceful revolution, and November 9,” the actual day the Wall fell.

Tiefensee also warned against those people in Germany “supporting the Wall” and presenting a distorted image of East Germany and its oppressive communist regime.

“I consider that extremely dangerous. That’s where we need to educate and enlighten at home, in the schools, and in the media,” he said, adding that most individuals holding a romanticized view of East Germany were trying to “get rid of rage and disappointment caused by difficult economic and social conditions.”

The communists in East Germany started building the Berlin Wall on August 13, 1961. The barrier fell on November 9, 1989 after widespread peaceful protests.