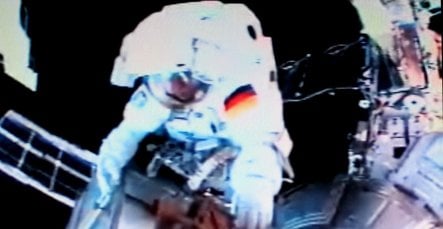 “Our share of the International Space Station is only 8 percent which isn’t particularly high,” Reiter told German news agency DPA on Thursday.

He pointed out that Europe’s population was over 400 million yet the European Union collectively only spent €3.5 billion for its space programme, whereas the United States had only 300 million people yet NASA spends six times that figure.

“I would be extremely happy if Germany went to the Moon and Mars even if I was no longer active and watched from a comfy chair in front of the TV,” said Reiter, who spent six months aboard the ISS in 2006 and is now on the board of the DLR German Space Centre.

As an astronaut for the European Space Agency, Reiter has spent more time in space aside from US astronauts and Russian cosmonauts.

He warned space exploration could be threatened once NASA halts its shuttle programme in 2010, making the ISS dependent on Russia’s Soyuz rockets. “If during the period where we only have one transport system and it’s not available it would be fatal,” he said.

Such a possibility should spur Europe to jump into the gap and develop its own technology, Reiter said. He added he was confident people would return to the Moon. “They will also fly to Mars. We just have to answer the question whether we want to join them or not,” he said.