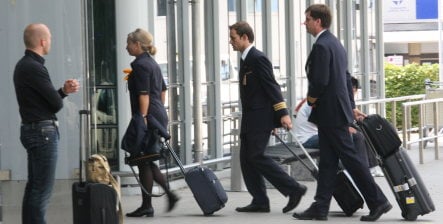 There have been only isolated cancellations on Thursday morning, Lufthansa spokesperson Thomas Jachnow told German news agency DDP. There were also a few airports that didn’t have any incoming flights on Wednesday that were unable to start the day due lacking of aircraft, he added.

Pilots’ union Cockpit called the warning strikes for some 1,000 pilots on Tuesday in an ongoing wage dispute after salary talks broke down with management. Cockpit said all of Germany’s major airports served by Eurowings and Cityline were affected, including Frankfurt, Munich, Düsseldorf and Berlin’s Tegel airport. Some 1,000 flights were grounded due to the strike.

The walk-outs began at midday Tuesday and continued until Wednesday at midnight.

Lufthansa attempted to book passengers on Deutsche Bahn trains instead. Passengers were able exchange their plane tickets for train tickets.

Lufthansa has offered Cockpit pilots a salary increase of 5.5 to 6.5 percent in the coming 18 to 24 months, but the organization has said the offer is too low.