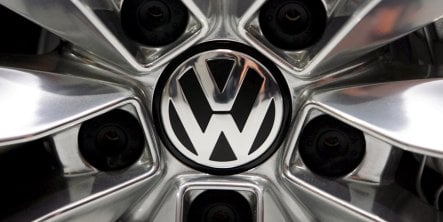 The group posted a 31-percent gain in first-half net profit on strong sales in emerging markets, pushing its share price above 200 euros for the first time.

“This shows that we are on the right path,” a statement quoted VW chairman Martin Winterkorn as saying.

Most of the company’s brands are to launch new models this year, and a VW statement said the group expected deliveries to surpass records set in 2007.

“The Asia-Pacific, Central and Eastern Europe and South America regions will record the highest growth in demand for group vehicles,” it said.

Scania would be consolidated into the parent group’s results in the second half and was expected to add a small contribution to overall profits. VW had already announced a new sales record in the first half of the year, at 3.27 million vehicles, owing to strong results in several emerging markets.

It sold more than a half million units in China for the first time, and has weathered problems facing the auto sector in general and rivals like Renault or Toyota in particular.

The operating environment was tougher “and is demanding considerable efforts from the automotive industry,” Winterkorn acknowledged.

VW shares jumped by 3.94 percent to €203.75 in midday trades on the Frankfurt stock exchange while the Dax index of leading shares was 1.08 percent higher overall. It was the first time in VW’s history that its shares traded for more than €200.