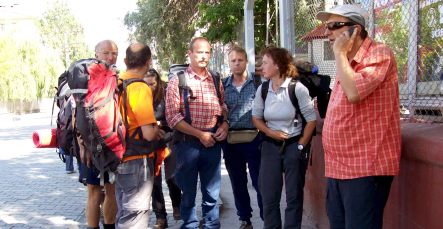 The German foreign ministry confirmed the 65-, 47- and 33-year-old men were free and ‘in the hands of the Turkish armed forces’.

Further details of the release were not available.

The men had been part of a 13-strong party which had been climbing the Ararat mountain on July 8 when a group of rebels allied to the PKK Kurdish Workers’ Party took them prisoner, sparking intense negotiations for their freedom.

The Turkish army sealed off the area as far as it could, while the central PKK leadership said the action had been taken by a local group on their own initiative.

They had called for the Turkish army to stop its military action in the Ararat mountains, and for the German government to change its stance towards the PKK, which it along with the rest of the EU, regards as a terrorist organisation.