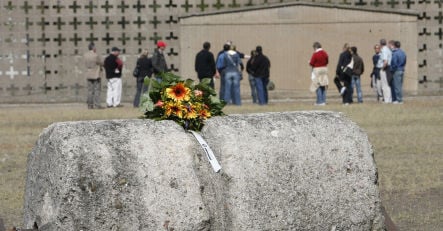 The court said it would proceed with the lawsuit brought against the four men who live in the United States by Brussels-based rights organization, Equipo Nizkor, under Spain’s principle of “universal jurisdiction”, daily newspaper El Mundo reported on its website.

Under this principle, adopted by the Spanish judiciary in 2005, crimes against humanity, war crimes, terrorism and other heinous offences can be prosecuted in Spain even if they were committed abroad.

The lawsuit names John Demjanjuk, an 88-year-old who is also being sought by Germany, as well as Anton Tittjung, Josias Kumpf and Johann Leprich, as suspects.

It demands that the four men be extradited to Spain to stand trial for the deaths of Spanish citizens at camps at Flossenberg and Sachsenhausen in Germany, and Mauthausen in Austria where they allegedly worked as guards.

More than 7,000 Spaniards were held prisoner at the Mauthausen camp and over 4,300 of them died, El Mundo reported.

Spanish judges have invoked the principle of “universal jurisdiction” to prosecute figures such as Chilean right-wing dictator Augusto Pinochet or generals from Argentina’s “dirty war” of the 1970s with limited success.

The hunt for Aribert Heim, the ageing concentration camp doctor who conducted inhumane experiments and torture on prisoners, seems to have heated up, with several alleged sightings of him in Argentina.

Director of the Simon Wiesenthal Centre, Efraim Zuroff, was in Buenos Aires at the end of the week, and told a press conference his researchers were getting close. He said Heim, the most wanted Nazi criminal still alive, was physically delicate but able to walk.