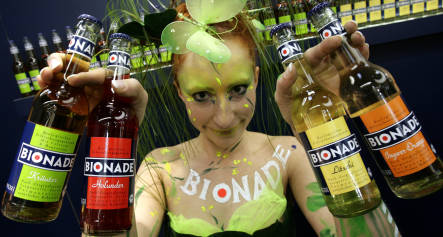 The district court in Düsseldorf, North Rhine-Westphalia, awarded an injunction to competitor Bio Premium, which makes the soft drink Bios.

It had complained that Bionade was being misleading in its labelling, which highlight the drink’s content of calcium and magnesium.

Bio Premium had argued that under European Union rules, mineral content can only be used for advertising if a product contains a minimum amount of such minerals – which it says Bionade does not have.

The Düsseldorf court had supported this view, and in a decision from June 5 which has just become public, ordered all Bionade to be removed from sale until they could be relabelled.

Bionade Manager Peter Kowalsky told the Frankfurter Allgemeine Sonntagszeitung, “This is completely unreasonable,” and said he would take all legal measures to overturn the ruling.

He said he had not yet received official notice of the injunction, and would not act until he had to.

“All across Germany shopkeepers are asking themselves if they are acting criminally if they continue to sell Bionade,” he added.

Bionade has been fighting Bio Premium and its owner Nordmann, the largest beverage wholesaler in northern Germany, for a long time.

Initially the argument was about sugar content – while Bionade concedes it uses sugar in its drinks, Bios was advertised as being sugar free. Kowalsky said this was “just a trick” as it used apple juice as a sweetener, with the same effect.