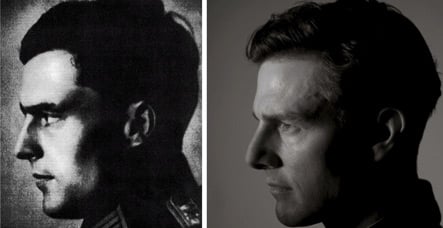 The publication reported earlier this week that its web designers had discovered signs of tampering with a profile shot of the man who tried to assassinate Adolf Hitler to make it look more like photo of Cruise used by United Artists to promote the film “Valkyrie.”

“There was a kerfuffle because some people believed Cruise’s company, United Artists, had tweaked a photo of von Stauffenberg to heighten a postulated resemblance to Cruise,” Slate reported. “When we asked UA, the studio said that tweaking didn’t happen.”

Cruise’s film “Valkyrie” has been hounded by controversy in Germany, as many Germans were uncomfortable with a devout Scientologist playing a man considered a hero for trying to rid the country of Hitler.

There has a been tortured national debate whether Scientology purposely wanted Cruise to play the role simply to improve the controversial faith’s image in Germany, where it faces stiff resistance from the government.