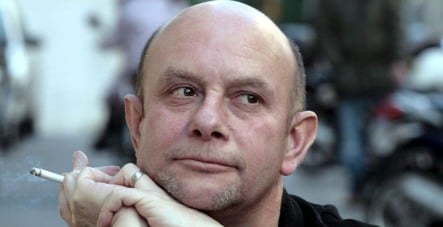 “In Germany, there are complaints if readings last less than an hour,” the author of favorites “High Fidelity,” “About a Boy” and “Fever Pitch.”

“I had to do an encore at a recent reading in Berlin, because the audience felt short-changed,” he said.

Hornby told the paper he appreciates the German intellectual enthusiasm because it offers him the opportunity for a rare rock star moment in contrast to the more “reluctant” British reception.

“If I sound regretful, it’s because walking out on to a stage and seeing all those faces provides the kind of buzz that a writing life doesn’t provide very often,” he told The Times.

But Hornby isn’t much different than his countrymen, he said. “I’m English too and I very rarely venture out to a half-empty Waterstone’s to listen to any of my colleagues,” he admitted.