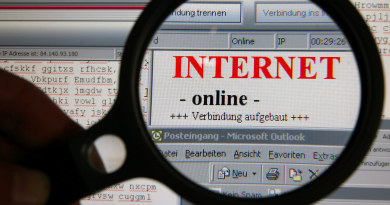 Eleven suspects ranging in age from 15 to 22 years old have been taken into custody, along with more than 20 laptop computers, Augsburg police spokesman Manfred Gottschalk told The Local. Seven of the suspects are younger than 18 years old.

“We are at the beginning of our investigation,” Gottschalk said.

All but one of the suspects have been released pending charges being filed, he said. Police are investigating the teens on suspicion of intent to intercept private information.

Investigators are sifting through data on the computers as well as about 1,000 CDs and numerous external hard drives confiscated during an April 9 raid.

Authorities stumbled upon the hacker forum in November while investigating a credit card fraud case. The German-language site had been in operation since 2006, Gottschalk said.

About 700,000 postings on the site included some legal data processing questions, but police said the main topic was hacking, including how to swap user data, buy credit card information or ‘crack’ passwords. One posting dealt with a computer program that made it possible to create a credible fake German identity card within minutes.

“This was information one could use to in other crimes, such as fraud,” Gottschalk said.

The suspects are from the German states of Baden-Württemberg, North Rhine-Westphalia, Rhineland-Palatinate, Lower Saxony and Hamburg.