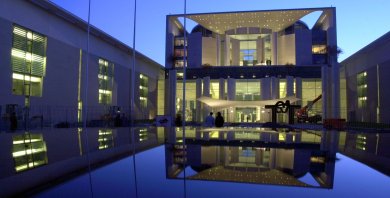 Merkel on Monday backed a proposal by her conservative Christian Democrats to set up a national security council modelled on one in United States, but Frank-Walter Steinmeier, her Social Democratic foreign minister, dismissed the idea as a “path to the past” only hours later.

The conservatives’ parliamentary group plans to discuss a major revamp of Germany’s security policies on Tuesday that would include a setting up a coordinating council for defence and intelligence issues based in the Chancellery that would mirror the NSC in Washington.

German government spokesman Ulrich Wilhelm signalled on Monday morning that the Chancellor was generally supportive of the proposal even if she had not yet officially thrown her weight behind it.

But even that was enough to rile Steinmeier and other members of the centre-left Social Democrats, who see it as an attack on Germany’s parliamentary democracy.

Calling it an “old dream” to increase executive power and install elements of the US and French presidential political systems, Steinmeier harshly rejected any attempt “to overcome constitutional structures” already in place in Germany.

“I know that the confident tradition of a civil foreign policy is thorn in some people’s side,” he said. “One can want to change that but it won’t help our country.”

The opposition also dismissed the proposal by the conservatives. Dirk Niebel, the Secretary General of the liberal Free Democrats, said in Berlin on Monday his party would “explicitly not support” the plans to set up a national security council based in the Chancellery.

Dietmar Bartsch from the hard-line socialist Left Party accused the Christian Democrats of “creating panic” that would allow the government to blur the line between domestic and foreign security issues. He said the plan would unacceptably cut into parliament’s powers.

Claudia Roth, the party leader of the Greens, said the conservatives “want to send German soldiers into future wars for oil and water. That cannot be the answer to global crises and climate change.”