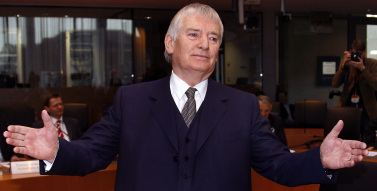 The 78-year-old confirmed he would not fight the next national election, which is due for 2009, bringing to a close a political career which first gained national attention when, as a young, left-wing lawyer, he defended the Red Army Faction member Horst Mahler in court.

He then helped to found the Green party in 1980 and entered parliament for them before switching to the SPD in 1990.

His political journey towards the centre, and some say even the right wing of politics, has steadily upset supporters and grass-root Social Democrats, although his position as veteran of German politics cannot be disputed.

Schily’s departure comes amid widespread criticism of his refusal to publish details of his income from legal work, in line with new parliamentary rules.

He is the third SPD grandee to announce his departure recently, following parliamentary party leader Peter Struck, 65, and his deputy Ludwig Stiegler, 64.