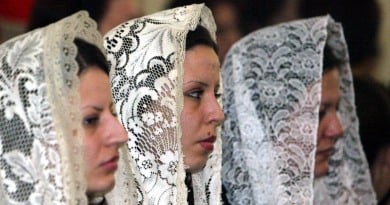 “I think the right of asylum should be provided without consideration of religion or race,” said Slovenian Interior Minister Dragutin Mate upon his arrival at a meeting of his EU counterparts in Luxembourg.

“It seems to me to be difficult to operate in this sense” of preferential treatment, he added.

German Interior Minister Wolfgang Schäuble had announced his intention to seek agreement from EU member states to facilitate asylum demands from Christians in Iraq, judging them to be threatened by the religious violence in the country.

The Chaldean Christian archbishop of Mosul, Faraj Rahou, was kidnapped and murdered on March 29.

The Eastern Catholic Chaldeans make up the main Christian presence in Iraq.

Before the US-led invasion in March 2003, Iraq’s Christian community numbered around 800,000 members, some three percent of the total population in the largely Muslim country.

Most Iraqi Christians live in the northern Kurdish region.

More than 4,000 Iraqis made asylum claims in Germany last year, according to Schäuble.