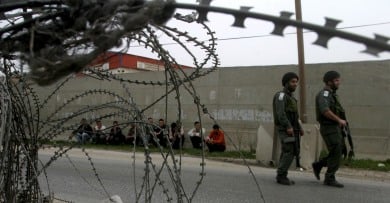 The German delegation, members of the parliamentary committee on judicial affairs from all of Germany’s major parties, issued a statement calling on the Israeli government to “curb the fanaticism of Jewish settlers.”

According to the statement, Jewish settlers insulted and threatened violence to committee members from the beginning of their visit. The incident occurred on Wednesday.

The German delegation decided to break off the visit after their Israeli security forces said they could not guarantee the security of the group, which included Andreas Schmidt and Daniela Raab of the Christian Democrats, Marianne Schieder and Dr. Matthias Miersch of the Social Democrats, Mechthild Dyckmans of the Free Democrats, Wolfgang Nesković of the Left Party and Jerzy Montag of the Green Party.

Parliament members said in the statement they were astonished that Israeli police and military officials were unwilling to intervene.

“During next week the ambassador intends to meet with all of the members of that delegation in order to express to them personally his sorrow and regret,” Sagui told The Local.