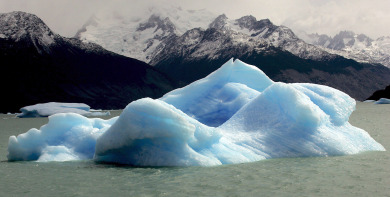 “His words mark a retreat from Bali, they are even behind what was undertaken in Heiligendamm,” he added referring to the aims set at the UN summit on the Indonesian island and the last G8 summit in Germany. “His speech showed not leadership but losership. We are glad that there are also other voices in the United States,” Gabriel added.

Bush outlined his vision on combating climate change on the eve of a two-day Major Emitters Meeting (MEM), a gathering of major carbon polluting countries, in Paris. Gabriel said it risked undermining this process.

The Bali Roadmap set down by the 190-country UN Framework Convention on Climate Change (UNFCCC) aims at agreeing on a pact for deepening cuts in greenhouse gases blamed for disrupting Earth’s climate system. The deal would be completed by the end of 2009 and take effect from the end of 2012, when current pledges under the UNFCCC’s Kyoto Protocol expire.

Bush pulled out of the Kyoto process in 2001, saying it was too costly for the oil-dependent US economy and its format was unfair because it failed to bind emerging economies to reduction targets.

On Wednesday, he called for the growth in US greenhouse gas emissions to be stopped by 2025. But he was short on specifics on how to achieve these targets and mentioned no legal curbs for forcing industry to meet this goal. He also spelled out his objections to any post-2012 UNFCCC deal that failed to embrace fast-growing populous nations.

The European Union has voiced disappointment over Bush’s statements while South Africa branded it a retreat by the planet’s No. 1 polluter and a slap to poor countries least to blame for today’s warming crisis.