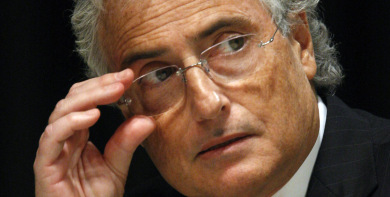 Ron Sommer, chief executive from 1995 until he was forced out in 2002, oversaw an expansion that left the firm with huge debts, helping push the share price down as the high-tech bubble burst from 2000 onwards.

Under his leadership at the former state monopoly, Deutsche Telekom bought US mobile operator Voicestream for €39 billion ($62 billion at current exchange rates) and spent billions of marks for a German third generation mobile licence.

In a US-style “class action” lawsuit that is the first of its kind here, Deutsche Telekom shareholders are suing the company for not revealing plans to buy Voicestream in its prospectus when shares in the German firm were sold to the public in June 2000.

Sommer denied this, saying the firm’s board only approved the Voicestream acquisition at the end of July 2000, and that at the time of the selling of shares – which was the third tranche to be sold to the public – Telekom was in talks with several possible takeover targets.

“Before the … listing we had come to no concrete result, in particular when it came to Voicestream,” Sommer told the court in Frankfurt.

Demand outstripped the offer and what was dubbed the “People’s Share” sold for €66.5 each, with thousands of ordinary investors plowing their money into what was billed as a sure thing. Deutsche Telekom shares are now worth less than €12.

The charismatic Sommer became chief executive aged 46 and at the height of the 1990s tech euphoria was feted like a pop star, giving autographs at the firm’s annual general meetings. His star power plunged in line with the company’s share price however, and the government – which still owns a large stake in the company – succumbed to popular pressure and showed him the door. Sommer has barely been seen in public since.

He is the first of 12 witnesses due to take the stand during the trial, which began last week.