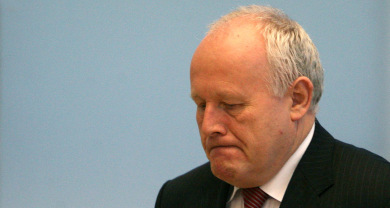 “I have decided to hand over the offices of premier of the Free State of Saxony and chairman of the Saxon CDU to a successor 16 months ahead of the next state election in Saxony,” Milbradt told the press on Monday.

The 63-year-old conservative politician has faced increasing pressure to step down following his handling of a financial crisis surrounding the state’s investment bank Sachsen LB.

The bank was sold last year to the Landesbank Baden-Württemberg after making bad investments, but Saxony had to make guarantees totalling €2.75 billion. Over the weekend it became known that the state might be required to cover that sum in the near future. Milbradt has also come under fire for failing to explain a private loan from Sachsen LB for €172,000 for investments made by him and his wife.

Milbradt, who will step down at the end of May, suggested he be replaced by Saxon Finance Minister Stanislaw Tillich. “He is a strong and experienced politician who has already proven that he can move the Free State forward,” Milbradt said.