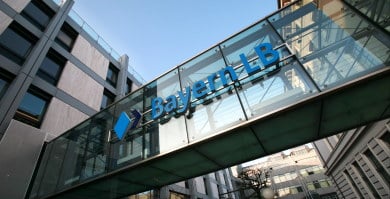 Bavarian regional bank BayernLB said it had to take €4.3 billion in charges since the US market for high risk, or subprime, mortgages collapsed last year.

BayernLB is now in talks with shareholders, the southern state of Bavaria and the regional savings banks association, on a rescue plan similar to those needed at peers WestLB and SachsenLB.

BayernLB said it will create a separate vehicle to hold its risky asset-backed securities portfolio, which has a nominal value of €24 billion and for which cover of up to €6 billion would be established. The bank itself would put up €1.2 billion of this money, with shareholders responsible for the rest.

BayernLB said it expected to book losses of €1.2 billion on this portfolio, adding to the €100 million in losses already realized. The situation prompted chief executive Werner Schmidt to resign last month.

His successor, Michael Kemmer, said on Thursday that a cost-cutting plan aimed to save €150 million per year until 2010 might involve shedding jobs.

“In view of the international financial markets crisis I cannot rule out anything,” Kemmer told a press conference.

Germany has 11 public regional banks and several have run into deep trouble owing to their investment in securities backed by bad US mortgages. Some are expected to merge or be taken over once the extent of damage from the US subprime crisis can be accurately determined.

Kemmer said he would not rule out bidding for troubled business lender IKB, perhaps the worst hit of all German banks.

“We want to expand our business with mid-sized companies and IKB is on the market. It would be negligent not to look into it,” he said.

On Wednesday, WestLB posted a 2007 net loss of €1.6 billion as a result of the global financial turmoil and losses from fraudulent stock trading.

The German state of North-Rhine Westphalia has said it will back a €5-billion rescue package for WestLB, in which it holds 38 percent.

German banks have been among the many casualties of the collapse of the US subprime home loan market, which has thrown international financial markets into a prolonged period of turbulence.

On Tuesday, the biggest German bank, Deutsche Bank, estimated first-quarter write-downs would reach roughly €2.5 billion owing to the turmoil. Deutsche bank already wrote down €2.2 billion in the third quarter of 2007.