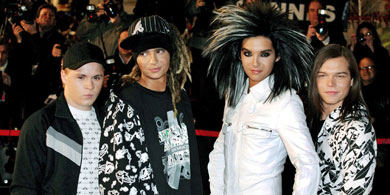 The pride of Magdeburg. Photo: dpa

According to the newspaper, 18-year-old Bill Kaulitz will undergo an operation on Monday to remove the cyst.

“Because of the time Bill needs to recuperate after the operation, we will have to cancel all of our concerts in North America between April 17 and 30,” David Jost, the band’s manager and producer, told Bild.

A series of North American performances by the band in February were attended by enthusiastic crowds. Concerts in Los Angeles, New York and Canada were sold out.

Tokio Hotel’s first English-language album, “Scream,” is scheduled for American release in May.