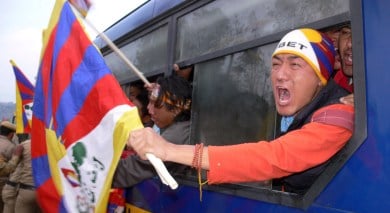 “The federal government is following developments in Lhasa with concern and calls on all sides to avoid violence at all costs,” a foreign ministry spokesman said.

“In the eyes of the federal government, peaceful demonstrations are a legitimate expression of the right of freedom of opinion.”

The ministry also advised German citizens not to travel to Tibet until further notice and called on its nationals already in the country to be careful and to follow instructions from security officials.

The violence, which left at least a dozen people hospitalized with injuries, came amid an ever-growing international campaign by Tibetans to challenge China’s rule of the Himalayan region ahead of the Beijing Olympics in August.

The United States and Britain quickly expressed concern over the reports of violence, with the White House calling on Beijing to “respect Tibetan culture.”