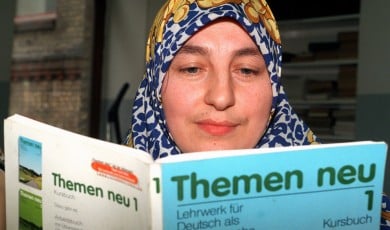 The figures are based on a 2006 micro census, and show that from 2005 to 2006, the number of German residents with immigrant backgrounds rose by 130,000 to reach 15.1 million. This was an increase from 18.2 percent to 18.4 percent of the total population, the Statistics Office said in a statement.

More than half of this part of the population holds a German passport. Meanwhile, the number of foreigners – those people with immigrant roots that aren’t German citizens – decreased by 21,000 to a total of 7.3 million residents to total 8.9 percent of the overall population.

Ethnic Germans without any immigration background fell by 227,000 to number some 67.2 million. The entire population of the country shrank by 100,000 to total to 82.4 million.

The strongest growth revealed by the micro census are the number of residents with immigrant background who are being born Germany. This group increased by 132,000 to reach three million.

People with immigrant background in Germany are also younger on average, 33.8 years old compared to the 44.6-year-old average for ethnic Germans. Of all the children under the age of five in Germany, a third have immigrant roots.