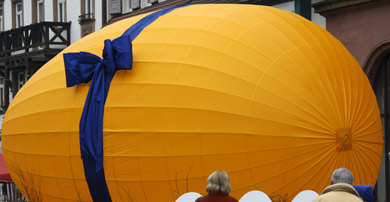 Volunteers in the southwestern German city of Wolfach used 700 metres of steel for the one-tonne egg’s frame, 130 metres of cloth for its yellow shell and 28 metres of blue ribbon for decoration. The 5,000-resident city hopes to make it into the Guinness Book of World Records for the world’s largest Easter egg.

The town’s commerce and business association planned the massive egg stunt to challenge the record held by an 8.5-metre egg built last April in front of Berlin’s central train station.

Wolfach’s huge egg is a half metre longer and one metre wider than the German capital’s entry. The hollow “super egg” will also light up at night. 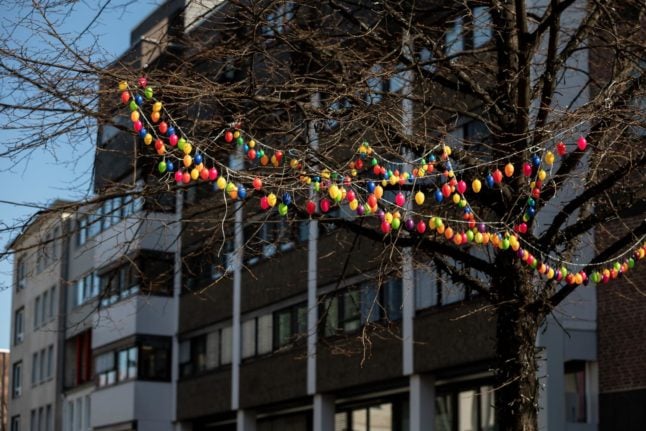 EASTER
State by state: These are Germany’s coronavirus rules over Easter
Url copied to clipboard!