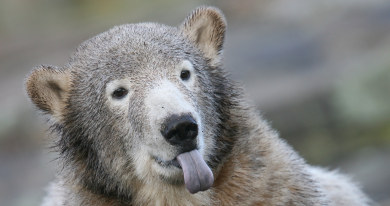 What is it with Germans and their bears?

Over the last three years there has been one long case of public bear mania in Germany. The furry creatures have been adored in captivity, lucratively pimped commercially, eaten and disowned by their mothers, and even shot dead by a trigger-happy Bavarian.

While Germany’s now world-famous polar bear cub Knut in Berlin’s zoo has been a money-making superstar, the older and uglier he gets, the more quickly it seems Germany finds suitably cute replacements. Nuremberg’s zoo tried to market Snowflake – Flocke in German – but now there’s even Stuttgart’s reluctant star Wilbär on the scene.

Still, at least Knut was only pimped for monetary gain – even if there’s apparently now an ugly custody dispute from the Neumünster zoo to get part of the €5 million in profits he’s raked in for the Berlin zoo through extra ticket sales, TV, books and even a recently released movie. Despite recent hysteria over little cute cubs in captivity – Knut, Snowflake and now Wilbär – bears in the wild seem to be a bit too wild for order-obsessed Teutons.

All this bear business started three years ago in June 2006, when a brown bear named Bruno (also affectionately named JJ1) wandered over the Austrian border into Bavaria. He was part of an Italian breeding program. The adventurous bear, which had come in search of food, fun, and a possible mate, was – put politely – not particularly well received in Germany even though he was the first to return to the country since 1838.

But perhaps Bavarians’ reaction to Bruno wasn’t abnormal when compared to the recent heated rhetoric used by conservative German politician Ronald Koch in his failed re-election campaign as the state premier of Hesse. He trolled for votes by blaming crime on young violent immigrants. “Foreigners who don’t stick to our rules don’t belong here,” he said at the time. Sound familiar, Bruno?

After a few brushes with the locals near the border, Bavarian authorities decided Bruno was a “problem bear” unprepared to stick to the rules of Bavarian society. He was shot dead on June 26, 2006.

Shortly after Bruno’s demise, the Italian government issued a request for the return of his body. The Bavarian government rejected this on the grounds that JJ1 was on their land and rightfully belonged to them. Then they hatched the callous plans of stuffing him and placing it in a museum. So for many Germans, it seems, a dead stuffed bear or a cute cub in a zoo is fine, but certainly not one exercising its rights under the Schengen Agreement in a borderless Europe.

But the Bruno controversy continues. Animal rights activists recently attacked the premises where his remains were stored, forcing the Bavarian government to consider moving Bruno to a secret location.

Of course, during Bruno’s short infamy, he spawned a veritable cottage industry of bear paraphernalia. Pop songs were written about him and countless merchandise was quickly churned out – even a Bruno chocolate bar. German capitalists had noticed. Bears make money.

But less than six months after Bruno’s death – some might say murder – a new furry star named Knut was born. When the tiny polar bear cub was unlovingly discarded by his mother, the German nation promptly swooned. The Berlin zoo stepped in with a decision to raise Knut by hand amid plenty of criticism and, amazingly, even demands to have him join Bruno in bear Valhalla.

Frank Albrecht, an animal rights activist, riled the masses when he told German tabloid Bild in March 2007 that in keeping Knut alive, the zoo was violating German animal protection laws. “The zoo must kill the bear,” Albrecht said.

Supposedly Albrecht’s quote was taken out of context by Bild, but bears clearly don’t have it easy in Germany.

In December 2007, three polar bear cubs were born to two different mothers at the zoo in Nuremberg. Zoo officials said at first they wouldn’t interfere as Berlin had done with Knut. But only a month later, two of the cubs had been eaten by their mother, leading Snowflake to be quickly whisked away from her own mother Vera for the cub’s own “safety”.

So cute little cubs raised by caring humans are set to become German media stars, but wild bears like Bruno have no business roaming German forests on their own.

That’s not to say anyone at the zoo in Nuremberg is Machiavellian enough to kidnap a cub like Snowflake just to secure steady revenues from soft toys, clothing and other merchandise. But there’s a stark contrast at the zoo in Stuttgart, where Germany’s latest polar bear cub, Wilbär, has been kept with his mother and largely from public view.

As for Bruno – may he rest in peace wherever the Bavarian government is hiding his body – he certainly won’t be the last bear to wander over the Alps looking to settle in Germany. Let’s just hope the management plan Bavaria is putting together will focus on educating the German public as much as dealing with “rogue” bears like Bruno. Supposedly they’re considering rubber bullets to scare off the burly beasts. 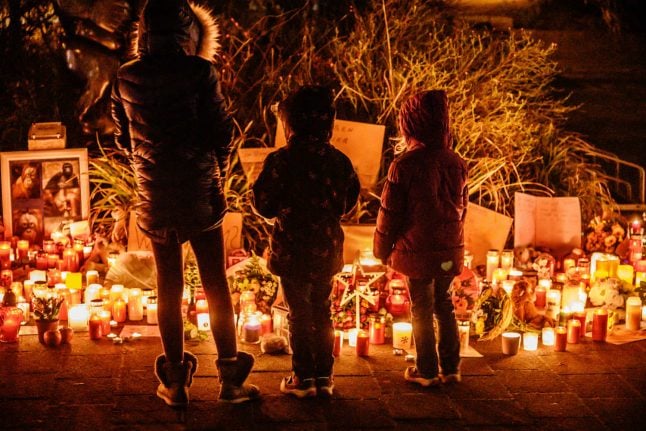