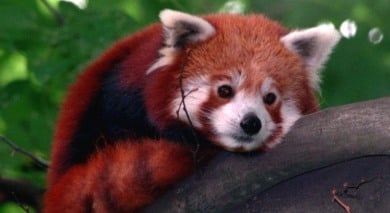 Two weeks after the violent deaths of two red pandas at the Nuremberg Zoo, city authorities said on Tuesday they believe the bears were killed by deer that were housed in the same cage.

The pandas, a ten-year-old male, and a three-year-old female, were found with their abdomens slashed open. Having ruled out other causes of death, officials said the deer, known as Reeve’s Muntjac, are the most likely culprits.

“The deer probably used the points of their canine teeth, or their sharp hooves, which are typically used as weapons by the Muntjac,” an official statement said.

For the security of the animals, the zoo plans to separate the pandas and deer from their shared pen. The two species had been living together peacefully for some 10 years.

Investigators said they still aren’t sure why the pandas had identical injuries.

Zoo employees are reported to be particularly upset by the deaths, because one of the endangered bears, a three-year-old female, had just reached sexual maturity. Zoo curator Helmut Mägdefrau said it was hoped that she would conceive this year.