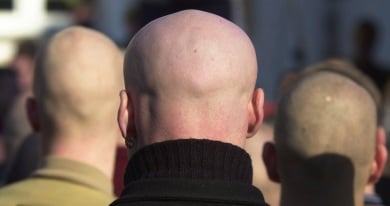 Whereas the police only registered 108 such crimes in 2006, the number had jumped to 146 in 2007, the Leipziger Volkszeitung reported in its Friday edition.

The paper cited Saxon Interior Minister Albrecht Buttolo as describing the acts as mostly “smearings in and on schools” such as swastikas, Nazi slogans, or SS runes. Other offenses included having banned music CDs with extreme-right content.

Most of the incidents – a total of 48 – occurred at middle schools in Saxony. Vocational schools accounted for 30 and university-track Gymnasien only 13. But even elementary school recorded 14 extreme-right related offenses.