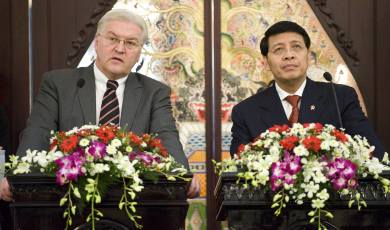 During a visit to the Southeast Asian nation, Steinmeier said he hoped Indonesia would use its influence in the Muslim world to help ease tensions over Iran’s nuclear programme and maintain solidarity with the international community on the issue.

“We’re working on this,” said Steinmeier after meeting with Indonesian Foreign Minister Hassa Wirajuda on Wednesday. “We need Indonesia to be a big influencing factor in the Muslim world to maintain this unity.”

With more than 230 million inhabitants, Indonesia is the world’s most populous Muslim nation.

Steinmeier said Indonesia has not yet given its formal support for the next Iran resolution at the UN Security Council. He emphasized that their support will be necessary to persuade Iran to engage in constructive dialogue with the world community.

Germany and the five UN veto powers met in Berlin a few weeks ago and agreed on the main points for a new Iran resolution that would moderately increase sanctions against Tehran.